Low Conflict Marriages Cause Most Divorces. Solutions Are Simple. 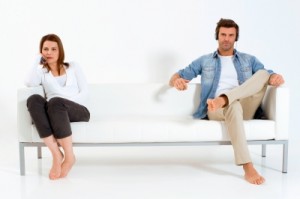 Most Divorces Due to "Low Conflict" Marriages

It’s not big explosive conflicts such as a spouse cheating or an addiction that finally comes to head that destroy most marriages.

Pamela Haag, author of Marriage Confidential: The Post-Romantic Age of Workhorse Wives, Royal Children, Under-sexed Spouses and Rebel Couples Who Are Rewriting the Rules (Harper),says it’s “low conflict marriages,” the low simmering erosion of the relationship that leads to couples calling it quits.

In an article published by Tribune papers, “Till tedium do us part,” (September 1, 2011), Heidi Stevens writes:”Up to 60 percent of divorces in the United States, in fact, stem from “low-conflict” marriages, Haag writes in her book, citing a study by marriage researcher Paul Amato.

Marriages that aren’t marred by abuse, addiction, repeated infidelity or other “high-conflict” issues, in other words, actually account for the majority of divorces.” Edward M. Hallowell, director of the Massachusetts-based Hallowell Centers for Cognitive and Emotional Health and co-author of Married to Distraction: How to Restore Intimacy and Strengthen Your Partnership in an Age of Interruption (Ballantine Books) says there isn’t one tipping point that sends these low conflict marriages spiraling down, it’s a decline fueled, among other things, the perpetual noise, buzz and constant distraction couples face today.

“The ambient noise of life takes over,” Hallowell says. “There’s no big conflict; couples have just lost touch with each other, lost the fun, lost the moments of sustained attention because we live surrounded by this buzz.” Couples are so busy trying to keep up with their lives, bombarded by electronic, digital and day-to-day stimuli they hardly have the time or energy to notice their marital relationship is fading to the background.

The good news is that because these are low conflict issues the remedies aren’t complicated. Hallowell and his wife list 40 tips in their book, and reading over a few of the standouts Heidi Stevens listed in her article I’m reminded that the most useful solutions for resolving conflict seem to boil down to common sense and courtesy, that is once the issue comes to light.

If you you have to ask, there might be a problem

Halwell recalls thinking after a woman asked him if it was bad that her spouse left his Blackberry next to them while they were having sex, “I don’t know which is odder. That he’s doing it or that you have to ask.” My list in life of “If you really have to ask that, you probably already know the answer” could go on for sometime, and this one clearly makes the cut.

When an electronic device is spooning you, you might need to unplug the device, and plug in yourself.

In truth I see signs I need to monitor in myself but nothing like having my Iphone perched on my pillow. My husband and I sit on the porch each weekend listening to music and drinking coffee and wine into the wee hours, yakking up life from A to Z. This is a ritual we’ve done for decades but without any hand-held devices to distract us from the music or our conversation.

Back B.E.D.D (Before Electronic Diversion Disorder) our entertainment on the porch was our chatter and cassettes, then it became CDs, then the radio, now our Ipod. Somewhere along the way, my Iphone and Ipad made it’s way onto our porch. NOW relaxing into the early part of the evening, we sometimes kick back in our chairs with our Iphones glued to our faces and get silent for up to an hour. I’m not sure how that’s connecting, except that we’re in the same room, listening to the same music, sharing the same air.

Fortunately if I get swept into email, websites or Facebook (which I’m more likely to do than my husband), he pulls me back, unphased that I was mentally disconnected, guilty of his own Iphone app diversion, pages of ESPN or Fantasy football. When I read a book in bed, an actual hand held paper book, he reads sports articles on his Iphone which is fine with us because neither is interested in talking to the other when we’re tired, so the distractions of choice don’t disrespect us.

A little mindless digital distraction soothes, too much and in lieu of connecting through personal conversation and I can see symptoms surface for a slow simmering spiral down for a marriage.