In Anxiety and Depression, Health and Wellness 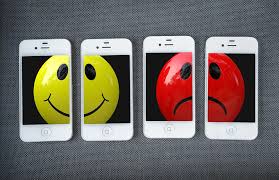 Phenibut is commonly used as a nootropic, an anti-anxiety medication, and sleep aid. Everyone’s always asking me how much they should take.

Everyone’s phenibut experience is unique, but in general, men should take about 2 – 2.5 grams and women 1 – 1.2 grams of Phenibut in a day.

Yet even if you take the proper dose, the phenibut hangover can rear its ugly head the following day.

First time users often pose the question, “what does phenibut feel like?”

Before I dive in, it should be noted that I only take pure phenibut crystals, which I buy here.

Sensations on Phenibut – How Does it Feel?

While some people have compared the primary effects of phenibut to that of a light dose of GHB or MDMA, it’s really just an effective anti-anxiety, antidepressant medication, with few side-effects and remarkable health benefits.

Phenibut gives some users the sensation of mild euphoria, tantamount to a mild “high”. As such, it can be abused if not used correct. Yet, the euphoric phenibut high is not intense, and taking more of it doesn’t intensify the high.

After consuming a dose of phenibut–usually between 250 milligrams and 1000 milligrams—how long it takes to feel the effects varies considerably from person to person.

Personally, I’ve found that phenibut works most consistently when taken on an empty stomach, and I feel it’s effects in around 15 or 20 minutes.

However, it takes longer for most people to feel the effects.

People generally report that the effects start to kick in around 1 or 2 hours after oral ingestion, and then the primary effects usually last for around 4 or 5 hours, although pleasant lingering effects can last for another 24 hours.