In Anxiety and Depression, Health and Wellness, Natural Hormone Replacement 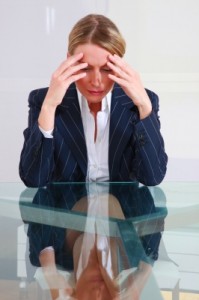 DHEA, a natural steroid and precursor hormone produced by the adrenals, has been shown to provide several anti-aging benefits, and research suggests DHEA may also improve mid-life onset depression in people who don’t respond to first line depression therapies, as well as improve resilience to stress.

DHEA levels tend to peak around age 20 and then gradually decline with only about 20 percent circulating in the body by age 70.

Referred to as the “mother hormone,” DHEA is a precursor to all major sex hormones: estrogen, progesterone, and testosterone with its molecular structure closely related to testosterone, according to Marcelle Pick, Ob & Gyn NP for Women in Balance.org in an article on DHEA.  While more research needs to be conducted to understand DHEA’s role in regulating other hormones, there is evidence DHEA may improve depression and the ability to cope with stress in some people.

“It’s likely that DHEA and adrenal function are related to neurotransmitter-release rates, based on the mood elevation our patients report after just two weeks of adrenal support.” Marcelle Pick.

A report by ScienceDaily cites a study conducted by Yale University and the VA National Center for Post Traumatic Stress Disorder where researchers examined the biological mechanisms that contribute to a person’s level of resilience when under extreme stress, such as that experienced by soldiers, police, and firefighters.

The ability to navigate underwater relies on an area of the brain called the hippocampus that is sensitive to the negative effects of stress. Dr. Charles A. Morgan, a researcher on the study said, “Animal studies have shown that DHEA buffers against stress, in part, by modulating receptors in this region of the brain. These findings are important in understanding why and how soldiers may differ in their ability to tolerate stress and also raise the possibility that, in the future, compounds like DHEA might be used to protect military personnel from the negative impact of operational stress.”

In addition to adrenal synthesis, evidence also indicates that DHEA and DHEAS are synthesized in the brain, further suggesting a role of these hormones in brain function and development.

A study published in the February 2005 issue of The Archives of General Psychiatry found that 23 subjects in a study on DHEA and depression had a 50 percent or more improvement on their depression rating scale.

Researchers studied 23 men and 23 women aged 45 to 65 with midlife onset major or minor depression of moderate severity. Six weeks of DHEA treatment contributed to significant improvements in depression and sexual functioning compared to the subjects’ baseline scores and the placebo subjects.

Peter J. Schmidt, M.D., and his colleagues from the Behavioral Endocrinology Branch of the National Institute of Mental Health, Rockville, Md. wrote, “At present, there are no predictors of response, and with a 50 percent response rate one would obviously select more reliable first-line treatments for this condition. However, in the 50 percent of depressed outpatients who do not respond to first-line antidepressant treatment, or in those unwilling to take traditional antidepressants, DHEA may have a useful role in the treatment of mild to moderately severe midlife-onset major and minor depression.”

Owen Wolkowitz, M.D. with the Department of Psychiatry at the University of San Francisco, has extensively researched the effects of stress and stress hormones on the brain and behavior, as well as the identification of mechanisms underlying depression, including DHEA’s role as an antidepressant in middle-aged and older individuals. Wolkowitz’s research has “consistently shown that DHEA supplementation improves mood [in these groups].”

Because hormones are extremely powerful chemicals, people considering supplementing with DHEA should have their baseline and subsequent levels evaluated by a physician. The National Institute of Health (NIH) indicates there is sufficient evidence for the use of DHEA for adrenal insufficiency, depression, induction of labor, and systemic lupus erythematosus. The NIH provides their recommendation for dosing, safety and side effects.

“Many of the DHEA supplements I see at my local store have very high dosages — way too high for most women (often as much as 20 times what I start my patients on!). While there’s no way to tell how much of that you might actually absorb, I think it’s especially unwise to experiment with DHEA at these levels without medical supervision.”  Marcelle Pick.

There is little research on the long-term effects of DHEA. DHEA may however, cause higher than normal levels of androgens and estrogens in some, and therefore increase the risk of prostate, breast, ovarian, and other hormone-sensitive cancers.

A few years ago I consulted with a hormone and mood specialist, a former Ob/Gyn who told me after years of working in her field she grew tired of women receiving inadequate or ineffective treatment for a number of hormone-brain-endocrine changes, including peri and full menopause, PMS, anxiety, depression, etc.

In addition to answering a long questionnaire to measure my symptoms (the result of a pituitary disorder I have called Empty Sella Syndrome), the doctor ordered a saliva hormone and urine neurotransmitter test.  The results indicated my DHEA levels were extremely low. Instead of prescribing her usual 5mg per day for women, (men can take higher levels) she recommended 10mg daily.

As someone who believes in becoming our own health manager, while it’s tempting to throw supplements at an issue and see if they work,  it’s important to be very careful particularly with hormones, endocrine agents that impact a wide range of processes in the body and as a result, can have a cascading positive or negative affect.

“Without a comprehensive medical test it’s impossible to know what your DHEA levels are. Just because you’re getting older doesn’t automatically mean you’re deficient. Remember, this is a natural substance — our bodies can produce more or less of it depending on our nutrient support, metabolism, hormonal balance, activity level and emotional state.” Marcelle Pick.

Test, track and monitor your symptoms carefully under the supervision of a holistic (preferably) health care practitioner.

I reccomend ZRT labs for a number of key saliva and/or blood tests. You can order these online or with a prescription from your doctor. 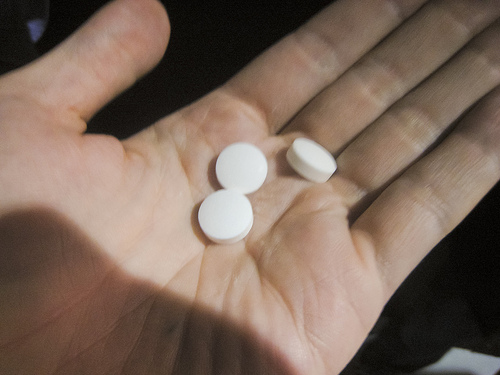 Despite some bad press about anabolic steroids, DHEA, a hormone produced by the adrenal glands, may improve aging skin and improve spinal bone density in menopausal women.

After Orlando Magic All-Star forward Rashard Lewis tested positive for DHEA, this much touted anti-aging steroid hormone, was once again thrust into a negative spotlight.

Yet some studies suggest that DHEA hormone therapy when monitored carefully in users, provides anti-aging benefits such as improving skin collagen in post-menopausal women and increasing spinal bone density.

DHEA or dehydroepiandrosterone, is the most abundant steroid in humans. It is a hormone secreted by the adrenal glands (located above the kidneys) and acts as a precursor to male hormones (androgens) and some female sex hormones (estrogens). A small amount of DHEA is also produced in the brain by neurons.

After age 30, DHEA levels begin to decrease and are lower in some people with anorexia, end-stage kidney disease, type 2 diabetes (non-insulin dependent diabetes), AIDS, adrenal insufficiency or people who are critically ill. DHEA levels may also be depleted by a number of drugs, including insulin, corticosteroids, opiates, and danazol. There is sufficient evidence supporting the use of DHEA in the treatment of adrenal insufficiency, depression, induction of labor, and systemic lupus erythematosus. (National Library of Medicine, National Institutes of Health and PubMed).

In a 2008 study, sixty postmenopausal women participated in a study designed to test the affects of topical DHEA on the gene profile of human skin. Women subjects randomly received a topical application of DHEA cream with either 0% (placebo), 0.3%, 1% or 2% strength.

Results strongly indicated that DHEA may have an anti-aging effect on the skin by stimulating collagen biosynthesis through improved structural organization of the dermis while modulating keratinocyte metabolism.

Low levels of DHEA have been associated with low bone density. Researchers at Saint Louis University conducted a two year bone density study in 2009 among men and women ages 65 to 75 years old. Previous studies on DHEA and bone density showed little promise. Yet researchers believe because calcium and vitamin D deficiencies, (present in half of older adults), were not addressed during that earlier study it prevented DHEA from improving bone density. The current research included supplementation with both calcium and vitamin D.

Results differed for men and women. Women test subjects who took DHEA the first year experienced a 2 percent increase in spinal bone density compared to control subjects who took a placebo. After the second year, placebo subjects started DHEA and the test subjects continued DHEA use. Both test groups of women had a 2 percent increase in spinal bone density (a total of 4 percent in the original test group).

In the male test groups however, both DHEA and placebo groups experienced a 1 to 2 percent increase in spinal bone density, suggesting the calcium and vitamin D supplements included in the protocol, contributed, not the DHEA.

Although Weiss suggests consulting with a doctor before taking DHEA he notes, “In addition to its beneficial effects on bone, DHEA replacement may have other benefits including improvements in risk factors for diabetes and heart disease, improvements in immune function, and improvements in psychological health.”

In a 2005 review of DHEA replacement and supplementation studies, J. Bruckel found that with adrenal cortex insufficiency, where there is a definite DHEA deficiency, such as with women suffering from Addisons’s disease or pituitary insufficiency, “substitution makes good pathophysiological sense, and treatment can be useful.”

Dr. Weiss cautions that because few studies have been conducted on the long term effects of DHEA, users should be monitored carefully. DHEA may cause higher than normal levels of androgens and estrogen and increase the risk of prostate, breast, ovarian, and other hormone-sensitive cancers.

“Therefore, DHEA supplementation should be avoided in men and women who have had cancer or who have a strong family history of cancer until further research can establish whether or not it is safe for these individuals,” said Weiss.

Results have been inconsistent on the anti-aging benefits of DHEA supplementation. In a 2009 review, “Dehydroepiandrosterone,(DHEA), review of its efficiency in improving libido and other symptoms of aging,” researchers found positive results with the metabolism of the carbohydrates increasing the efficiency of insulin, but not enough research indicating that DHEA reduces the symptoms associated with aging.

Despite the inconsistent research and negative attention DHEA has received and risks associated with any hormone replacement therapy, some individuals may highly benefit from taking monitored doses of DHEA, such as menopausal women and those suffering from adrenal insufficiency.

If you’re considering taking DHEA, women in particular, I recommend first testing your hormone levels. My hormone balancing doctor prescribed 10mg per day, normally she prescribes 3-5mg for women, but my DHEA was so low she increased the dose.
When it comes to hormones, don’t self-dose, test and consult with a specialist in natural hormone/mood balancing. Saliva testing is more accurate for some hormones, although ZRT labs also offers the convenience of blood spot testing.

Mendivil Dacal JM, Borges VM, “Dehydroepiandrosterone,(DHEA), review of its efficiency ini the managing of the libido decrease and other symptoms of aging,” Actas Urol Esp. 2009 Apr;33(4):390-401.