Turn gays away bill: NOT business 101 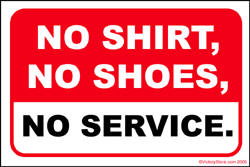 Tennessee State Senator Brian Kelsey introduced a Bill which would permit persons and religious or denominational organizations  based on sincere religious belief, to refuse to provide services or goods in furtherance of a civil union, domestic partnership, or marriage not recognized by the Tennessee Constitution.

If you can’t stomach the idea of same-sex coupling (civil unions, domestic partnership, same-sex marriage) for Biblical or other reasons then disagree without attack or taking away rights.

The Federal Civil Rights Act guarantees all people the right to “full and equal enjoyment of the goods, services, facilities, privileges, advantages, and accommodations of any place of public accommodation, without discrimination or segregation on the ground of race, color, religion, or national origin.”

This Bill would entitle business owners based on religious belief, the right to refuse service if a same-sex couple wants to further or celebrate their coupling. By that standard that’s everything in the store. The list of what humans use to further or celebrate their life is infinite.  Housing, food, lamps, medicine, toe nail clippers, party hats, orchids, medical care, a dog, laundry detergent, bug spray.

Go away customer; I can’t sell you Sinner-services or No Repent-ware.

My outrage is probably a waste of time. This Bill won’t pass. It’s discriminatory, arcane and laughable.

This Bill is also mean.

“I would feel like what I need doesn’t matter,” said Priscilla Majano a sophomore majoring in child development at The University of Memphis.  “Like I’m worthless,”  “State senator introduces new bill coined “turn the gays away”

But okay forget being nice. Values trump being nice, right?

On principle you can argue losing business doesn’t matter compared to holding to one’s values. Pride comes before the fall ~ Proverbs 16:18.  I can’t imagine sending someone away who has good money to spend in my business (except sexual predators and Neonazis).

I’m curious what a Turn Gays Away scenario will look like.

A same-sex couple walks into a locally owned hardware store to buy a boatload of supplies. They want to expand their family room now that they’re living together.

“I’m sorry sirs but we don’t serve same-sex couples,”  says the store owner or clerk who discerns sexual orientation from his/her own spot on gay-dar.

“Oh, okay then,” says the couple. “Can you give us directions to the hardware store for gay people? By the way, I’m really thirsty. I have diabetes. Is your water fountain for everyone or do you offer separate spigots for straights and gays?”

For an added-value bonus some kids might be milling about the hardware store and overhear the conversation.  Kids are blind to adult idiocy until they absorb it later on. Kids ask questions about something that seems new or out of their ordinary, “Mommy, why won’t that person sell those two men a hammer?”

If this passed in Florida, (It won’t, the country hasn’t lost its mind and neither has Florida) I’d have to stop visiting heterosexual businesses with a Turn Gays Away policy. It goes against my religion.

My guess is Dan Cathy, President of Chick Fil-A who publicly opposes gay marriage, wouldn’t refuse catered chicken platters to same-sex couples who order food for a civil union or marriage reception.  Mr. Cathy disapproves but he’s not legally discriminatory.  He and gay activist Shane Windmeyer are friends so Mr. Cathy is open-minded.

Mr. Cathy and I will never agree on the foundational issues of gay rights.

“I think we are inviting God’s judgment on our nation when we shake our fist at Him and say, ‘We know better than you as to what constitutes a marriage,’ and I pray God’s mercy on our generation that has such a prideful, arrogant attitude to think that we have the audacity to try to redefine what marriage is about,” Cathy said in that interview, which can be heard here.”

Indeed. I’m prideful, arrogant and audacious enough to define marriage as love between two committed adults. I don’t define marriage by a human- created and Interpreted Guide to God.  I  don’t fear judgment in the afterlife.  I believe Hell exists in the Here and Now.