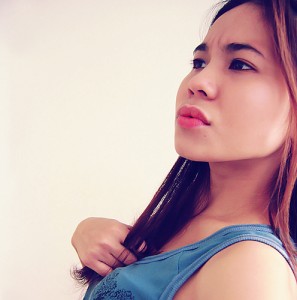 While 30% of women suffer from PMS each month, up to 8% suffer from a more extreme form, premenstrual dysphoric disorder (PMDD). Although the exact cause is still largely unknown, research suggests an increase in estrogen with changes in subsequent vitamin D and calcium synthesis may be involved.

Premenstrual Dysphoric Disorder (PMDD) is an extreme form of Premenstrual Syndrome (PMS) with monthly symptoms that can be severe, even disabling for some women.

While PMS and PMDD both manifest with physical and emotional symptoms, PMDD causes more extreme mood shifts in women that can interfere with their work and relationships. PMDD symptoms occur during the luteal phase (latter part) of the menstrual cycle and are virtually non-existent during the follicular phase.

PMDD disappears at menopause, remits during pregnancy, and improves with ovarian hormone suppression therapy. In both PMS and PMDD, women experience symptoms in the last week of the menstrual cycle which generally improve a few days after menstruation begins.

PMDD and PMS both share symptoms of bloating, breast tenderness, fatigue, and changes in sleep and eating habits, but women with PMDD often experience a combination of the following emotional and behavioral symptoms:

While the exact cause is unclear, research has shown a link between calcium deficiency and mood abnormalities which suggest PMDD may be linked to extreme fluctuations in calcium-regulating hormones in some women during their menstrual cycle.

In a 2007 study on calcium and PMDD, lead author Susan Thys-Jacobs writes, “women with PMS were shown to have exaggerated fluctuations of the calcium regulating hormone across the menstrual cycle with evidence of vitamin D deficiency and secondary hyperparathyroidism.” 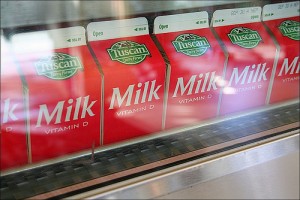 Thys-Jacobs’ research team investigated calcium’s role in PMS and PMDD based on earlier evidence linking mood disturbances and calcium metabolism. “On the basis of previous studies linking abnormalities in mood,” writes the author, “this investigation has now found that the pattern of cyclical fluctuations in the calcium-regulating hormones, specifically ionized calcium, urine calcium, and 1,25 (OH)2D (vitamin D) differs between women with PMDD and those without.”

Although there’s still no consensus among scientists the degree to which calcium-regulating hormones vary in women with PMDD, the 2007 study indicated that serum calcium declines at three points during a woman’s cycle: at menses, at mid-cycle, and during the late luteal half of her menses.Vitamin D Synthesis Involved in PMDD Symptoms

Estrogen is likely involved as well. Estradiol, a component of estrogen, peaks during the ovulatory and luteal phase of menstruation to regulate vitamin D metabolism and to help prevent bone loss by keeping bone from being reabsorbed. When estrogen inhibits calcium from being released from bone, it lowers serum calcium which leads to a rise in the parathyroid hormone, triggering an increase in 1,25(OH) 2,D synthesis. Elevated 1,25(OH) 2,D may contribute to vitamin D and calcium deficiency, and subsequently cause PMDD symptoms.

While the exact cause of Premenstrual Dysphoric Disorder is still unknown, a growing body of evidence suggests there may be a link between elevated estrogen levels and how vitamin D and calcium are metabolized in some women during their menstrual cycle.Disclaimer: The information contained in this article is for educational purposes only and should not be used for diagnosis or to guide treatment without the opinion of a health professional. Any reader who is concerned about his or her health should contact a doctor for advice.