Pregnancy ‘warm and fuzzy,’ birth control ‘immoral?’ Mr. Potter, snap out of it. 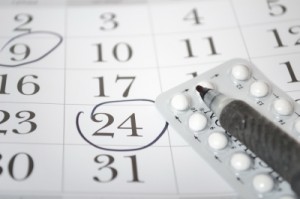 I’m curious if Eden Food’s CEO Mr. Michael Potter ever had the “immoral and unnatural practices” he says birth control promotes, before he got married?

“Michael Potter, Eden’s CEO, claims, among other things, that contraception ‘almost always involve[s] immoral and unnatural practices.’ That’s one of the reasons why he filed suit in 2013 against the mandate of the Affordable Care Act that classifies birth control as preventative healthcare for women.” “Shocking: Eden Foods vs. Birth Control.”

Or is it just women who have immoral and unnatural pre-marital practices? The unmarried men of superior morality aren’t anywhere near the bedroom of such women. It is a person of undetermined gender who lays with and impregnates the hussy.

I’m a bit confused, but I’m a little slow.

“After filing the suit, he went even further, saying that the government has ‘no right’ to extend coverage for birth control, comparing birth control to Jack Daniels, and saying that pregnancy should be covered but birth control should not because pregnancy has ‘more warmth and fuzziness.’ When the Supreme Court’s Hobby Lobby decision was announced, Potter said he was “grateful” for the court’s decision while calling President Obama a “dictator” who wants to take away Americans’ rights.”  “Shocking: Eden Foods vs. Birth Control.”

Gosh golly, had we known birth control leads to the uncontrollable loosening of the chaste just as drops of whiskey inevitably part the lips of the committed teetotaler and transforms them into guzzling alcoholics, I would have banned this Devil’s lure called birth control myself.

“Pregnancy has more warmth and fuzziness?” than birth control?

Mr. Potter I’d suggest until you experience the warm and fuzzy of pregnancy and childbirth firsthand (the latter anything but and the former (while not in my case) 40 weeks of misery for some women) you might want to keep your Hallmark fantasy adjectives to yourself.

I’d appreciate it if people (those in the know and the clueless) would stop romanticizing baby-making.

A child when wanted and loved and cared for by responsible loving parents is still hell-hard but yes, all-out storybook romantic in parts, and worth every hair-pull.  Insuring birth control coverage gives babies and women (and men) a civil society, one that promotes reproductive choice and timing.

Babies are not merely the Will of God, they are a real life living breathing responsibility.

Also Mr. Potter, have you ever heard of a 17-year-old impoverished uneducated girl determined to keep her crack baby? Say for instance, she lives with her verbally and physically abusive drug-dealer boyfriend who when mom isn’t home has his way with her little one?

Yes, maybe mom knew better about birth control, about abstinence, about her adoption options, about the dirt bag she had sex with unprotected, but she said okay anyway and hell no, I’m keeping my baby. Maybe she was ignorant and knew none of the above, which is why we shouldn’t be focusing on banning company-provided birth control coverage, but on teaching our kids abstinence, self respect and  protected sex.

While I’m all for teaching abstinence as a desirable and viable option, it’s naive to insist everyone keep their legs closed until marriage. And like it or not, people in love (and people in pure unfettered lust) like to test the sexual compatibility waters before a lifetime of monogamy.

But let’s look at folks you approve to copulate. Married couples. Take for example, the 50-year-old husband and wife who had their kids and now want to move on to their empty-nest phase. They want a hundred percent (okay 99.9%) guarantee that their baby-making days are over.

Should they remain celibate? Okay Mr. Potter, you first.

Oh yes. Condoms. While I’m not familiar with the growing list types and textures, my guess is condoms don’t rank high on every couple’s Top Ten Ways to Add Sexy Time Excitement. Add to the worry the chance the condom fails, which isn’t a high probability but is possible (and yes, the Pill isn’t 100% either).

Next up, the self-control Pull Out Method where an “oops” might be to some merely “God’s will” to let a baby shine through. But perhaps the woman (and man) would like to invoke their own will for making a baby, seeing as they’re the one’s raising the baby, not God.

Excerpted from: “Eden Foods CEO Doesn’t Know Why He’s Against Contraception, but He Is.”

“Ian Millhiser, a legal analyst for Think Progress, noted that Potter’s utter lack of religious conviction undermined his already-thin case. When Carmon called Potter back for comment, he seemed very confused by his lawyers’ claims about devout religious faith. Carmon asked him what particular religious belief led him to sue, and his answer is surely one beloved by his lawyers:

“Well, there isn’t any one particular religious belief, Irin,” he said, sounding irritated. “I find it hard to get my head around the question.”

He then went on to claim that his employees could get “free” contraception elsewhere, because of the HHS mandate. In reality, they cannot, because the HHS mandate doesn’t offer alternatives to employees whose employers have told them they can’t use their own insurance benefits.”

Mr. Potter, you find it hard to get your head around why you deny birth control coverage?

Is your free floating squeamishness that you feel sort of yukky, gross, dirty and wrong-ish about any tool that allows sex to occur without a baby the end result? I’m guessing that if you got pregnant every time you had sex you might feel less ambivalent about making sure you didn’t.

You fell asleep Rip VanWinkle, woke up and forgot what era we live.

Birth control doesn’t promote sex. Birth control gives reproductive choice and sexual freedom to half the populous who has it by default. This is not to suggest I promote willy-nilly free love. But men have always had sex without worry of getting pregnant. Women are entitled to the same freedoms.

Mr. Potter, heavens to Betsy, women are having sex in and outside the marriage. Some of them (take a deep breathe) even like it.  Moreover, women who have sex (with men who are having sex with them) may not be ready (or ever) to have a baby.

Try to process that you’re not part of the immorality problem when you cover birth control.  You’re part of the problem of denial and judging women when you romanticize baby-making and insist “moral sex” is only between married couples. If a baby is conceived from a married couple who isn’t ready or wants to remain childless what do you say? Blessings abound?

Babies deserve to be born to people who want them.

Women deserve the dignity and respect to decide if and when they get want to have a baby.

Entitled? Of course veterans, and our hard-working willing.