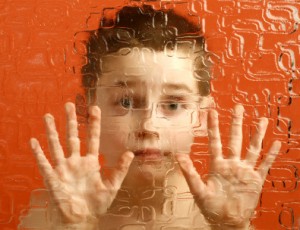 A sleep hormone produced by the pineal gland may improve sleep issues in children with autism, resulting in an improvement of the day to day dynamics for the entire family.

Americans are tired. About 40 million suffer from a chronic sleep disorder, with an additional 20-30 million affected by intermittent sleep-related problems. Yet for children with autism the problem is even more common, resulting in an issue that negatively impacts the day to day dynamics of the whole family. Researchers estimate that between 40% and 80% of children with autism have difficulty sleeping or staying asleep.

Dr. Beth Maslow, Associate Professor of Neurology and Director of Vanderbilt Sleep Disorders Center reports that sleep disorder diaries completed by parents of children with autism revealed that the most common sleep concern is insomnia which may include:

In her 2007 presentation, “Promoting Sleep in Children with Autism Spectrum Disorders,” Dr. Maslow outlined other sleep issues children with autism may experience such as sleep disordered breathing, bruxism, arousals from sleep with confusion or wandering, rhythmic movement disorder, leg movements and daytime sleepiness.

While the sleep disorder estimates are high in children with autism, Dr. Maslow reports that only 54% of parents surveyed indicated their child had a sleep problem (Honomichl and Anders 2002). Yet for those families affected by autism who do struggle with nighttime slumber, the cumulative effects of sleep deprivation trickle down, wreaking havoc on the family’s emotional and physical well-being, and exacerbating behavioral issues the child may already exhibit.

“Sleep onset problems at the beginning of the night are very troublesome for children and their families,” says Beth L. Goodlin-Jones of the M.I.N.D Institute at the University of California Davis Health System in Sacramento, “Sometimes children may take one to two hours to fall asleep and often they disrupt the household during this time,” says Goodlin-Jones.

Autism and Sleep Have Neurochemistry Connection

Scientists aren’t quite sure why autistic children tend to have sleep problems, although several theories exist.

Children with autism don’t always pick up on social cues, including those from siblings and parents that signal when it’s time to go to bed; many have increased sensitivity to stimuli such as touch or sound that may keep them awake, and some kids with autism struggle with anxiety issues which disrupt their sleep patterns.

Another theory is the relationship between the biochemistry of sleep and the brain imbalances associated with autism. Dr. Maslow reports that abnormalities in serotonin, GABA and melatonin, (three neurotransmitters involved in the sleep-wake cycle), are associated in people with autism.

Serotonin for example, promotes sleep by dampening cortical arousal systems or by stimulating the accumulation of hypothalamic sleep factors. Research has shown people with autism tend to have problems with serotonin synthesis, metabolism, and transport as well as GABAeric interneuron disruption (Levitt, 2004).

Melatonin Promising for Children with Autism and Insomnia

Melatonin, a hormone produced by the pineal gland in the brain, is a critical factor involved in regulating the sleep-wake cycle and to promote sleep.

People with autism, research shows, often have deficiencies in melatonin secretion and excretion (Nir, 1995; Kulman, 2000;Tordjman,2005). Autism’s association with problems with sleep latency (falling asleep) and decreased sleep time, coincides with a disruption in the circadian rhythm regulated by melatonin.

In a study reported in the Journal of Child Neurology, Dr. Malow and her colleagues reviewed the medical records of 107 children with autism, ages 2-18, who tried varying dosages of melatonin for insomnia. The results indicated that 25% of parents reported their children no longer had sleep concerns, 60% reported the sleep problems improved, 13% still had major concerns and only 1 percent (one child) had worse symptoms. Only three of the 107 children studied reported mild side effects.

Researchers in the April 2009 issue of the Journal of Clinical Sleep Medicine reported that melatonin medication decreased the length of time it takes for children with autistic spectrum disorder (ASD), Fragile X Syndrome (FXS), or both to fall asleep at the beginning of the night.

In addition, in a June 2010 study involving twenty-two children with autism spectrum disorders, melatonin significantly improved sleep latency (by an average of 47 min) and total sleep (by an average of 52 min) compared to placebo. It did not however, decrease the number of night wakenings.

“Rather than treating them [the kids] with some other drug that would promote sleep, [we could] give them what they’re missing,” said Dr. Malow. She noted that melatonin is very appealing to parents because “it’s something natural that’s already in your child’s body.”

“Although prospective trials will be needed to determine if melatonin is an effective sleep aid in this population, this study does support that it may be a reasonable treatment option in these children when administered under the care of a physician and combined with behavioral therapies for sleep,” Malow said in a 2008 press release for Vanderbilt Medical Center.

Autism Speaks, in conjunction with the Dana Foundation, is contributing funds to a study led by Malow and McGrew. The study is tracking how sleep patterns change in children with autism with the introduction of melatonin. Results are being measured by parent reports and a method called actigraphy which monitors sleep by tracking movements at night via a wristwatch-like device.

While additional and long term research needs to be conducted, results look promising for the use of melatonin to improve sleep latency and duration in children with autism, and in response, to improving the overall day to day family dynamics.