A Natural Journey Out of Cancer and Into Healing

Your body, your health, your decision.

This is your decision.

Statistics can be frightening. Do not get discouraged. Remember, this is your decision. You do have a choice. You are in control of your own well-being. You may have not controlled the diagnosis of cancer, but you can control your response. Very simply, cancer means that there is something affecting your body that is not supposed to be there. Occasionally, our body can fight off these bad cancer agents. However, in order for this to happen, or more likely to happen, you must be in good health.

Before you put yourself through the physical and psychological pain of chemical treatments, you may want to consider what natural healing can offer you. Natural healing does not have to be complicated; it is simply a return to the basics how we are meant to live. Healing News shares a story of a woman who healed the worst form of skin cancer by switching to a pure raw vegan diet. This may sound extreme, but remember, so are chemical treatments. If you want a change, you must declare this change.

Perhaps take this time to evaluate your physical and mental health. Do whatever you can to live in a positive manner. Explore the possibility of natural healing before you give up your own control.

This is your decision. Give yourself the chance you deserve.

In Cancer, Health and Wellness 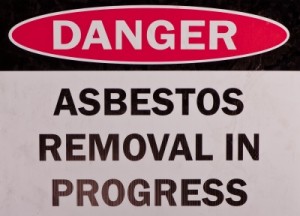 This late onset cancer primarily caused by exposure to a highly toxic material may respond to a combination of alternative and emerging conventional treatments.

Mesothelioma and asbestos cancers are a rare form of cancer in which malignant (cancerous) cells are found in the mesothelium, a protective sac that covers most of the body’s internal organs. Mesthelioma most often occurs in the lungs or heart.

Because it is not often diagnosed until 20 to 50 years after a person’s initial exposure to the cancer-causing substance, asbestos cancers usually have a life expectancy of only 24 months or less. Several treatment modalities however, using a multi-pronged approach may increase life expectancy.

Asbestos and Mesothelioma Cancer – The Hopeful Story of Paul Kraus

Paul Kraus diagnosed in 1997 with peritoneal mesothelioma, opted out of conventional radiation and chemotherapy and instead used only mind-body alternative approaches. Kraus’s book, Surviving Mesotheliom and Other Cancers: A Patient’s Guide is designed to help mesothelioma patients fight the disease using alternative treatment approaches.

Kraus in an interview for a 2005 article for Cancer Monthly said, “Andrew Weil wrote that any illness can be conquered through radical lifestyle change because our bodies are made with powerful self-healing capacities. It was damn hard to make such radical changes, but I was determined to see them through. I realized that to do otherwise meant that my chances of surviving were greatly diminished.”

A number of new treatments, still undergoing testing, are emerging in the treatment of mesothelioma and asbestos cancers such as: Angiogenesis and Anti-angiogenesis drugs, Immunotherapy, Photodynamic therapy and Gene Therapy.

While controversial, some patients opt to undergo multiple treatment modalities using an integrative approach which may include:

Ukrain is a semi-synthetic compound derived from a common weed, greater celandine ( Chelidonium majus L .) combined with the chemotherapy drug Triethylene-thiophosphoric acid triamide (Thiotepa). A series of seven studies focused on patients with colorectal, bladder, pancreatic, and breast cancer. While the studies demonstrated efficacy and/or improvement in patient’s quality of life, the authors noted trials they reviewed had “serious methodological limitations” and that “independent rigorous studies are urgently needed.”

Iscador is the trade name of the most commonly available brand of an extract of Viscum album, a European species of mistletoe. Although there have been few claims that Iscador reduces tumor size, proponents believe that it stimulates the immune system, promotes the reversion of cancerous cells to more differentiated forms, improves general well-being and may improve survival, especially in patients with cancer of the cervix, ovary, breast, stomach, colon and lung.

A major proponent of Vitamin C’s efficacy in cancer was Dr. Linus Pauling. He and Ewan Cameron, MB, ChB, chief surgeon at Vale of Leven Hospital in Scotland administered vitamin C to cancer patients and reportedly had excellent results. However, other institutions that have performed similar studies reported no efficacy. Nonetheless, ascorbic acid has been reported as “the single-nutrient supplement most commonly used by cancer patients…”

There isn’t a great deal of published literature on the safety and efficacy of ozone therapy in the treatment of cancer. Yet one study published in 1980 found that “the growth of human cancer cells from lung, breast, and uterine tumors was selectively inhibited in a dose-dependent manner by ozone at 0.3 to 0.8 part per million of ozone in ambient air during 8 days of culture.”

Astragalus is a native plant to northern China and the elevated regions of the Chinese provinces Yunnan and Sichuan. Nearly all the scientific studies on Astragalus have been conducted in China. A 2002 study concluded that “Astragalus injection supplemented with chemotherapy could inhibit the development of tumor, decrease the toxic-adverse effect of chemotherapy, elevate the immune function of organism and improve the quality of life in patients.”

Cat’s Claw (Uncaria tomentosa) is a tropical vine that grows in South America. This vine gets its name from the small thorns at the base of the leaves, which look like a cat’s claw. It has been used in South American folk medicine for the treatment of cancer, arthritis, gastritis and epidemic diseases.

Various conventional studies have been performed yielding inconsistent results. One cancer study that found positive results was published in 2001. This study was performed on a human breast cancer cell line. The authors concluded that Cats Claw was anti-mutagenic and anti-proliferative.

While controversial, untested, and not recommended for internal ingestion by the FDA, some natural health advocates strongly suggest food-grade hydrogen peroxide in diluted amounts can be an effective treatment for various cancers.

Dr. David G. Williams, a researcher, clinician and health writer, writes that hydrogen peroxide, when used in the correct form and amount, offers numerous disease fighting properties. “Most strains of harmful bacteria (and cancer cells) are anaerobic and cannot survive in the presence of oxygen or H2 02.” He explains. “We can agree that hydrogen peroxide produced within individual body cells is essential for life. And no one doubts its effectiveness when it comes to treating infections topically. The controversy deals with ingesting the substance orally or introducing it into the body intravenously.” (“The Many Benefits of Hydrogen Peroxide,” Dr. David G. Williams, July 17, 2003.)

Despite the dire prognosis, mesothelioma and asbestos cancer research is now closer to creating a number of treatments that may increase life expectancy in patients, or in some cases, even provide a cure.

Hope and Support: A Natural Journey Out of Cancer and Into Healing

Cancer and Vitamin C: A Discussion of the Nature, Causes, Prevention, and Treatment of Cancer With Special Reference to the Value of Vitamin C by Ewan Cameron, Linus Pauling, April, 1993.