Sometimes, we the people are just very wrong 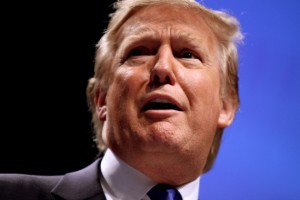 There was a time when if my well-intentioned friends apologized for aging racists who said atrocious stuff, just to be polite, I pretended to agree with their lovable excuses.

Forgive that generation for they know not what they say!

A few years ago my sixty-something neighbor, a nice but tiresome lady, showed up at my door to gently complain about something I needed to fix. A few minutes later she got weirdly quiet and sighed, which I’d learned was my cue to ask.

“My husband is really upset lately because our son has been dating a half-breed nigger.”

She said it casually and in cahoots, like she’d mentioned that interest rates were up and so of course we’d both see the obvious downside of what was coming next.

And when I looked horrified, she didn’t.

“Oh yes, I forgot your generation doesn’t talk that way,” she said.

“Actually my entire family doesn’t talk that way,” I said.

And when one of my brothers who wasn’t raised racist offhandedly used the N-word I told him no, not ever. Not in my house.

People need to hear that thinking racist or outrageous bile out loud isn’t okay simply because people hand them a few empathetic hall passes like:

None (unless, you’re not of sound mind).

You don’t get to imply that a female journalist has PMS or that Carly Fiorina is ugly or that real war heroes don’t get captured. You don’t get to make fun of a disabled reporter or say racist things about Mexicans or that you’d ban all Muslims.

Okay you get to say almost whatever you want, but clearly you shouldn’t.

We the people decide if we raise or lower the bar for civil discourse. … FULL POST at the Huffington Post