In Health and Wellness, Vitamin D 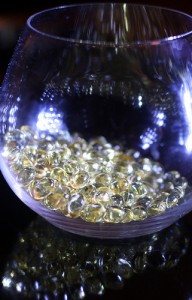 Research findings suggest that low levels of vitamin D may contribute to Crohn’s and other inflammatory bowel diseases. This inexpensive vitamin, actually a hormone, may alleviate Crohns symptoms in some patients. And because Crohns often has a genetic components, taken prophylactically, vitamin D may prevent Crohn’s’ siblings and offspring from manifesting the disease.

Crohn’s is a chronic condition characterized by inflammation and ulcers (open sores) along the innermost layer of the digestive tract.   Inflammation can appear along the entire gastrointestinal tract (from the mouth to anus), although the majority of cases involve the small intestine or the first part of the large intestine. The cause of the disease is largely unknown; although genetic and environmental factors may play a role.

Vitamin D, in its active form (1,25-dihydroxyvitamin D), is a hormone that binds to receptors in the body’s cells. Despite the name, vitamin D is actually a secosteroid hormone that targets over 2000 genes. Vitamin D has been shown to have a positive effect on bone health, the immune system, helping prevent some cancers, and reducing inflammation.

Taken orally, vitamin D is absorbed with fat through the intestinal walls as well as in the fat cells of the liver, skin, brain and bones, in amounts sufficient for many months. While not readily available in foods, vitamin D is made in large quantities when sunlight strikes bare skin which is why a deficiency is more common in the winter.  Other factors contribute to low vitamin D including malabsorption, common in people with an inflammatory bowel disease.  Vitamin D production is also affected by anything that blocks ultra violet light including skin pigment, smog, fog, sunscreen, windows and hats.

In a 2010 study, Dr. John White and his team found evidence to suggest that sufficient vitamin D may counter the effects of Crohn’s disease.  Although the researchers were initially studying the effects of D on cancer; the results consistently pointed to D’s impact on the immune system, specifically on the innate immune system, the process that acts as the body’s first defense against microbial invaders, “It’s a defect in innate immune handling of intestinal bacteria that leads to an inflammatory response that may lead to an autoimmune condition,” White explains.

Several other studies suggest a link between vitamin D and inflammatory bowel disease, including a 2006 finding out of Ireland. Researchers found that a high proportion of Crohn’s patients had some level of vitamin D deficiency during late-wintertime.   The researchers suggest people with Crohn’s consider taking supplemental vitamin D, particularly patients with small intestinal involvement, quit smoking, get adequate but responsible exposure to summer sunlight, and maintain a body mass index in the normal range.

Vitamin D’s role in intestinal health is believed to involve the beta defensin 2 gene, a gene coding for an important defense molecule of the body. Defensins are part of the arsenal of weapons used by the human immune system. Patients with Crohn’s disease of the colon (colonic CD) have a lower level of beta-defensins in the mucous membranes. Beta defensin encodes an antimicrobial peptide and the NOD2 gene that alerts cells to the presence of invading microbes. If NOD2 is deficient or defective, it can’t attack invaders in the intestinal tract.

An international research team with the Robert Bosch Hospital in Stuttgart and the German Cancer Research Center in Heidelberg discovered a possible cause of the chronic inflammation. They believe Crohn’s patients have one less copy of the protective beta-defensin 2 gene which may be associated with a lower production of the endogenous antibiotic and therefore, lower defensin level.  A lower defensin level causes the protective intestinal mucous membrane to become so porous that bacteria can attach to and invade the mucous membrane, which leads to the typical inflammatory hot spots of Crohn’s disease.

Dr. White believes these findings have significant implications for Crohn’s patients and their families, “Siblings of patients with Crohn’s disease that haven’t yet developed the disease might be well advised to make sure they’re vitamin D sufficient. It’s something that’s easy to do, because they can simply go to a pharmacy, health food store, or online and buy vitamin D supplements. The vast majority of people would be candidates for vitamin D treatment,”  he writes.

Marc J. Servant, a professor at the Université de Montréal’s Faculty of Pharmacy and study collaborator agrees. “This discovery is exciting, since it shows how an over-the-counter supplement such as vitamin D could help people defend themselves against Crohn’s disease,” he says. Although researchers believe many people in the general population are low in vitamin D, patients with Crohn’s disease or other inflammatory bowel disease may be particularly vulnerable to a deficiency.