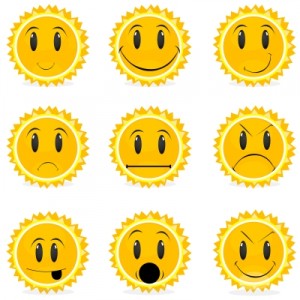 While the pharmaceutical companies continue to promote expensive mood medications that come with a long list of side effects to manage anxiety and depression, in many cases, natural therapies alone or in combination with low dose medication can alleviate symptoms, and without side effects.

Many prescription anti-depressants are designed to address low levels of serotonin and nor epinephrine. Yet in a 2005 review, researchers Jeffery Lacasse and Jonathon Leo wrote that they couldn’t find any article to directly support the long-held claim that a serotonin deficiency causes mental disorders.(Click here for serotonin-related products)

Moreover, not all mood disorders are due to a biochemical imbalance, and medications often miss the mark or don’t address the underlying causes. Drugs can have unpleasant side effects such as weight gain, loss of libido, or diminished affect (emotion); and can even exacerbate symptoms. Alternatively there are a number of natural alternatives to boost mood.

Dopamine, a neurotransmitter involved in arousal and motor function is a precursor to adrenaline and a related molecule, not adrenaline. Dopamine is made from the amino acid tyrosine and is central to the creation of reward systems such as food, sex, positive social interactions, even humor. While doctors can prescribe medications to treat dopamine-dependent depression, there are natural ways to elevate dopamine. (Click here for dopamine-related products)

Michael Lardon, a doctor and researcher on the neuroelectric assessment of athletic peak performance explains in an online article for the Modesto Bee that everyone who exercises can reap the benefits from the “dopamine buzz.”

“Dopamine is released within just 20 minutes of moderate exercise, says Lardon, “and triggers within your brain positive feelings about yourself even after your first session of exercise, before your body has had a chance to firmly establish an association between the exercise and the great feelings.”

Dr. Ray Sahelian, author of Mind Boosters [St. Martin’s Press, 2000] explains GABA’s key brain balancing role, “GABA is the most important and widespread inhibitory neurotransmitter in the brain. Excitation in the brain must be balanced with inhibition. Too much excitation can lead to restlessness, irritability, insomnia, and even seizures. GABA is able to induce relaxation, analgesia, and sleep.”

GABA is involved in the production of endorphins, brain chemicals that create feelings of well-being known as the “runner’s high.” An imbalance can be involved in bipolar disorder, schizophrenia, and anxiety disorder but it’s also inherent to several critical day to day brain functions.

A GABA-rich diet and certain supplements can elevate GABA, and so can yoga, research finds. “The practice of yoga should be explored as a treatment for disorders with low GABA levels such as depression and anxiety disorders. Future studies should compare yoga to other forms of exercise to help determine whether yoga or exercise alone can alter GABA levels,” write scientists in a 2007 study. (Click here for GABA-related products)

Fish oil is most often associated with cardiovascular health, but the omega-3 fatty acids in fish oil can also improve mood in some people. (Click here for Nature’s Way fish oil product, their Mega Gold is one of my and my husband’s favorites)

According to Dr. Mercola, a leading natural health expert, “Numerous studies worldwide have linked lack of omega-3 consumption – specifically DHA (docosahexaenoic acid) and EPA (eicosapentaenoic acid) – with depression. One study found that depression symptoms were higher among infrequent fish consumers than among those who ate fish on a regular basis.”

Forbes.com reported on a 20-year study that found social networks can have a deep impact on an individual’s happiness. Scientists tracked over 4,700 people and found that social interactions with both cheerful friends and strangers considerably influenced the subject’s chances of happiness.

Pet a Pet to Boost Mood

Petting Rover can be plus for mental and physical health. “The benefit is especially pronounced when people are strongly attached to their pets,” says researcher Judith Siegel, PhD for a WebMD article.

Blair Justice, PhD, a psychology professor and author of Who Gets Sick: How Beliefs, Moods, and Thoughts Affect Your Health [Peak Press, 2000] tells WebMD that like any enjoyable activity, playing with a pet increases serotonin and dopamine. “People take drugs like heroin and cocaine to raise serotonin (click for 5 Htp products) and dopamine, but the healthy way to do it is to pet your dog, or hug your spouse, watch sunsets, or get around something beautiful in nature, “says Justice.(Click here for serotonin-related products)

While the pharmaceutical industry continues to promote a long list of medications for anxiety and depression, several natural alternatives are available that are safe, often very effective, and without risky side effects.

People suffering with acute or chronic mood changes who are interested in natural treatments should seek a holistic practitioner. Holistic physicians often measure neurotransmitter and hormone levels and then develop a comprehensive treatment plan that may include a combination of diet changes, exercise, hormone replacement and supplements. Treatment may be combined with conventional approaches to mood management or as an alternative.

Sam-e, a naturally occurring compound found in all living things is distributed throughout the human body and can help to maintain mood. Levels fall as people age and certain groups of people, including those with low mood, tend to have lower levels of SAM-e (Click here for Sam-e products) in their bodies.

Homocysteine is a harmful amino acid that naturally occurs in all humans and is involved in cellular metabolism and the manufacture of proteins. The body uses vitamin B12 and folic acid to convert homocysteine into SAM-e and without sufficient B-vitamins, blood homocysteine levels rise.

Researchers believe that high homocysteine levels contribute to cerebral vascular disease and neurotransmitter deficiency, both which can lead to depression. A study conducted in 2005 found that total homocysteine levels were higher in elderly patients with late-onset major depression (Chen CS et al 2005).

Dr. John Cannell, Executive Director of the Vitamin D Council, explains that while further research needs to be conducted, vitamin D may play a role in depression. Vitamin D is a secosteroid hormone involved with over 2000 genes in the body and is created when the sun’s rays strike bare skin. With an increase in sunscreen use and indoor activity, researchers believe there is a D deficiency epidemic across the globe. (Click here for vitamin D products)

Heart disease, hypertension, diabetes, rheumatoid arthritis, cancer, and low bone mineral density are all associated with depression, writes Cannell on the Council’s website. Viitamin D deficiency, it turns out, causes some aspect in all these illnesses. Summer sunlight increases brain serotonin levels twice as much as winter sunlight, a finding compatible with both bright light in the visible spectrum and vitamin D affecting mood.

While Cannell promotes the critical importance of optimizing vitamin D levels for disease prevention, he isn’t suggesting vitamin D is the one-stop shopping cure for depression. “We were unable to find any studies in the literature in which patients with depression were treated with enough natural sunlight, artificial sunlight or plain old cholecalciferol to raise their levels to 35 ng/mL or higher. We all know how we feel after a week at the beach, but is that bright light, vitamin D, or something else? (Click here for vitamin D products)

Magnesium is an essential mineral that regulates more than 325 enzymes, including many critical functions that produce, transport, store and utilize energy. It also orchestrates the electrical current that sparks through the miles of nerves in the body.

“People do not get anxiety, panic attacks, or depression because they have a deficiency of Valium or Prozac,” says Dr. Carolyn Dean, author of The Magnesium Miracle, [Ballantine Books, 2007]. “Our bodies do not require these substances for essential metabolic processes. However, we can develop a myriad of psychological symptoms because of a deficiency of magnesium, a nutrient our bodies do require,” says Dean. (Click here for Natural Calm Magnesium Products, one of the best magnesium products, IMO).

Since the 1980s, Dr. Lee S. Berk, a preventive care specialist and psychoneuroimmunology researcher, and Dr. Stanley Tan have followed in Norman Cousins’ ground breaking work. In the 1970s, Cousins suggested humor and the resulting laughter benefits a person’s health.

Berk and Tan’s research has shown that laughter helps optimize many of the functions of various body systems such as optimizing the hormones in the endocrine system and decreasing the levels of cortisol and epinephrine which lead to stress reduction. Repetitious mirthful laughter causes the body to respond in a way similar to moderate physical exercise.

While the pharmaceutical industry continues to promote a long list of medications as the solution to treat anxiety and depression, several natural alternatives are available that are safe and without risky side effects. (Click here for L-theanine, the patented Suntheanine form works best)

People suffering with acute or chronic mood changes interested in natural treatments should seek a holistic practitioner. Holistic physicians often measure neurotransmitter and hormone levels and develop a comprehensive treatment plan that may include a combination of diet changes, exercise, hormone replacement and supplements. Natural treatments may be used in conjunction with conventional approaches to mood management or as an alternative.

Depression and anxiety treatment has exploded into a highly profitable industry for drug companies. A growing number of people are popping prescriptions, desperately seeking solutions that will work long term and won’t carry risky side effects.

But pharmaceutical companies continue to spend millions on advertising to convince consumers that the solution to conquering mood disorders comes from a doctor’s prescription pad. Yet there are numerous natural alternatives available that cost little money, are safe and effective and will treat a spectrum of acute and chronic mood issues.

Ideally people battling mood disorders should find a physician who will first test their neurotransmitters and hormone levels (interrelated) and then work from the patient’s baseline numbers to create a brain balancing program with natural and/or traditional solutions. In addition, people should track their symptoms over several months, noting any changes and what factors preceeded their symptoms (food, stress, hormonal change, poor sleep, etc).

Not all depression and anxiety stems from the same imbalance, knowing what the deficiencies are is a better treatment plan then throwing medication at a patient and hoping it sticks, with endless trials and error. Although even with natural healing, trial and error is part of the package to wellness. – Laura