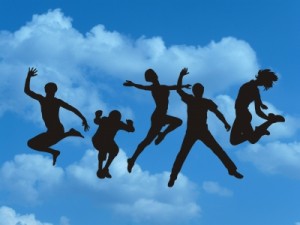 While the number of drugs to treat dopamine-dependent depression is growing, people interested in avoiding medication can try natural alternatives to increase dopamine. Dopamine is involved in arousal and motor function and is a precursor to adrenaline and a closely related molecule, noradrenaline. This key brain chemical is made from the amino acid tyrosine and can convert into norepinephrine and epinephrine.

This key brain chemical is produced in several areas of the brain, including the nucleus accumbens, the region that acts as the “reward center.” In addition, dopamine is a neurohormone released by the hypothalamus where its main function is to inhibit the release of prolactin from the anterior lobe of the pituitary.

Dopamine is central to the creation of reward systems such as food, sex, positive social interactions, even humor. Nearly all drug abuse and forms of addiction, including heroine and other opiates, alcohol, cocaine and amphetamines involve dopamine neuronal systems. As a result, elevating dopamine levels can improve mood, alertness, libido, yet too much or an imbalance can lead to a tendency towards addictive behaviors.

A dopamine imbalance is associated with schizophrenia, Parkinson’s disease, fibromyalgia and mood disorders, including certain types of depression.

To date, depression medications have largely been developed based on a deficiency or imbalance of the brain chemicals serotonin and norepinephrine. Yet a 2005 review of the serotonin-depression studies revealed little scientific evidence to support the hypothesis that too little serotonin “causes” depression.

“This new study highlights the importance of the dopamine system, a less appreciated target in the current antidepression therapies,” says researcher Li-Huei Tsai, a professor of pathology at Harvard Medical School, for a news release on the dopamine animal study findings.

While a growing number of antidepressants that mediate dopamine activity are becoming available, people interested in avoiding the dangers and side effects of medications can increase their dopamine with natural methods.

People with major depression disorder (MDD) may have difficulty sufficiently boosting their dopamine levels with only nutrition, exercise, and supplementation. They may however be able to improve symptoms, gradually lower their antidepressant dose to eventually come off medication altogether.

Dr. Eric Braverman, author of the book, “The Edge Effect,” offers specific nutritional and supplementation plans to increase the levels of key neurotransmitters in the brain depending on a person’s deficiency. “The goal of a dopamine diet is to ensure that the body has enough raw materials for a steady supply of tyrosine and phenylalanine, two amino acids that are precursors to dopamine. These amino acids are found in many protein-rich foods.” Many protein foods such as meats and dairy products have tyrosine that converts to dopamine including:

There are a number of supplements that increase dopamine levels in the brain. Dr. Braverman recommends the following:

Michael Lardon, a doctor and researcher on the neuroelectric assessment of athletic peak performance explains in an online article for the Modesto Bee that everyone who exercises reaps the benefits from the “dopamine buzz.”

“Dopamine is released within just 20 minutes of moderate exercise, says Lardon, “and triggers within your brain positive feelings about yourself even after your first session of exercise, before your body has had a chance to firmly establish an association between the exercise and the great feelings. The dopamine response system is powerfully motivating.

While dopamine-dependent depression may respond well to medications, people interested in natural alternatives to antidepressants may want to consider exercise, dopamine-boosting foods and targeted supplementation.

Podea, Delia et al, “The Role of Dopamine in Depression,” The Romanian Journal of Psychopharmacology, 2008.

Heiden, Eric,”How to get your own gold-medal high with dopamine,” Modbee.com,Tribune Media Services, Feb. 23, 2010.